Burbank, California – Information and opinion on the most crucial issues facing our city.

Why I am Voting NO on Y [UPDATED] 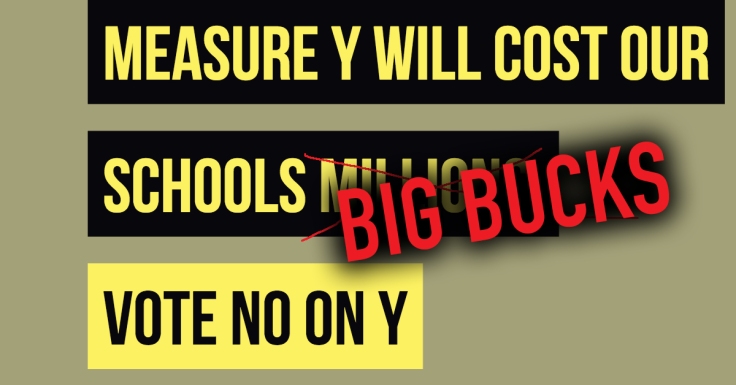 [UPDATE: I based my research below on some out of date numbers from a prior city council meeting presentation. I just learned about the error and wanted to make this correction to the post. The revised numbers would not cost the school district millions per election but still hundreds of thousands of dollars each cycle. More exact numbers aren’t possible to calculate because they are based on a number of factors. For example, how many candidates file for how many seats. The current estimates hover around $150,000 per election. Certainly not millions of dollars, unless you add them up over the years. I apologize for the error. However, this doesn’t change my position at all. The Council still wants to offload the election costs they’ve alway covered. Which will take away valuable resources from the district and will ultimately hurt students.]

I’ve followed and researched this issue and will be posting a bit more in the coming days on the other local measures on the June 5th ballot. But this one is a no brainer.

The State of California is forcing smaller cities with poor voter participation to move their elections times to align with statewide elections. That’s a noble effort that makes a lot of sense on its face. But there’s a catch: This is going to cost the Burbank Unified School District  hundreds of thousands of dollars each election, by forcing them to pay for the cost of county elections!

You’ll notice no one from the school board stepped up to write an argument in favor of voting yes on Y. They are between a rock and a hard place. Urging voters to mark yes will cost them millions. Urging a no vote suggests “We hate Democracy!” It’s a sticky situation. As I have come to learn in my research, the repercussions of voting No on Y and thereby sticking with our current system, are not very serious. Literally, the worst thing that could happen if Y doesn’t pass, is that a judge could force us to comply one day.

Why should we burden our school district? It’s an expensive strategy that will ultimately hurt students.

This site uses Akismet to reduce spam. Learn how your comment data is processed.